Interview with Shinji about Amiga In Japan

What happened to the Amiga in Japan? VIC-20 was sort of a hit in the country. But then Commodore Japan sort of vanished? Here is the interview that you’ve been waiting for.

I’ve been wondering about how the Amiga age was in Japan for a long time. What happened to the Amiga in Japan? Did it get any status at all? I found some valid information regarding Japanese Amiga secrets here. But I knew in my heart that there’s way more to the topic than on that site. Mostly because I know how many people live in Japan, but I also know how big Nintendo and SEGA were.

Amiga was the reason for Nintendo struggling in the beginning in Europe. So, I wanted to know more.

Here are my Questions regarding the Amiga in Japan. Not only was it mysterious in Commodore times but almost no information came to Europe on how it goes there. None of the Amiga magazines had Amiga news from Japan. This happened before and after the demise of Commodore.

Here in Europe, most of us felt the big threat from both Nintendo and SEGA from Japan. However, Amiga 500 did shake Nintendo a lot. Also, the scene which even delivered Giana Sisters took Amiga’s interest to new heights was such a threat that Nintendo sued the company behind Giana Sisters as it looked AND was heavily inspired by Super Mario.

How did Amiga do it in Japan?

Commodore never managed to conquer the Japanese market with neither Commodore 64 nor Amiga. But a few brave souls kept the Amiga spirit alive in Japan.

One of Amiga’s users in Japan that is still around is Shinji which is one of the few that we managed to interview. With over 126 million people in Japan and a fairly democratic rule. I knew that this country had to have some that could reveal a bit about Amiga in Japan. Shinji answered all of my questions as anyone would with his great English skills. Enjoy.

Please introduce yourself. Who are you?

Hi, my name is Shinji Miyoshi. I am 54 years old, an automobile engineer for environmentally-friendly fuel cell vehicles in Japan. I live with my wife, daughter, and three cats. I spend the holiday doing volunteer and pro bono for cross-culture understanding. I also have a hobby of Amiga and classical music. 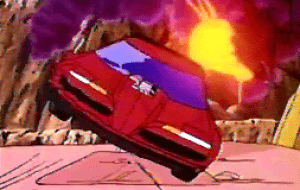 When did you first hear about Amiga?

When I entered the automotive company, I have wanted to buy a superior computer made in the USA. I purchased the Apple II GS from Canon which was the authorized distributor of Apple. But GSOS hadn’t multi-task function except for GNO/ME shell and Desk Accessories.

One fine day, someone told me that the musical instrument shop “Rockin” near my workplace
have made a sale of the Amiga 500.

What made you invest in an Amiga computer and which was your first?

When I looked at the Amiga, I was just amazed and surprised that the
AmigaOS had a multi-task function. Of course, I purchased the Amiga 500,
it was my first Amiga.

Can you describe a bit about Amiga’s popularity in Japan?

Because only Amiga made it possible. Anyone using Amiga could readily make animation and data visualization by Amiga’s superior graphics hardware and software that really works well.

Did computer stores sell Amiga computers in the years of Commodore in Japan?

Have you heard of AmigaOS4, MorphOS or AROS?

Yes, I was a beta tester of AmigaOne X1000 and OS4, but when the Great East Japan Earthquake and massive Tsunami disaster occurred in 2011, I had to stop testing for volunteers of the disaster area.

I use the MorphOS installed in powerbookG4 and I do patronage for the Icaros Desktop installed on PC.

If you were Commodore. How should they introduce Amiga into Japan back in the days?

Earthquakes and tsunami, typhoons and flooding, and Godzilla are coming to Japan. So Japanese people like robust functions. If I were Commodore, I have introduced Amiga as the robust home computer with Panasonic. Their robust business note PC “Let’s Note” is a long time seller until now in Japan.

How is the Amiga interest in Japan? Do you have Amiga User groups?

Amiga had been sold only 10,000 units in Japan. But above ten million people watched the TV program “Ugo ugo ruga”. They used computer animations created by Deluxe Paint and Lightwave3D in 1992-94.

Around that time, I managed the Amiga User Group “Niftyserve Amiga Forum” and “Elementary technology development project team for Susumu Hirasawa Interactive Live Show” which the Amiga was used.

Do you know something more about the SANYO Amiga 500 CD-ROM Prototype?

I don’t have information about the SANYO Amiga 500 CD-ROM Prototype. SANYO was known by the excellent NiMH rechargeable battery “ENELOOP”, but this company wasn’t known as the computer company in Japan.

In Europe, many hoped X68000 to become a nice Amiga clone. Do you know if the company behind it had plans to produce Amiga clones?

I think if Commodore could license AmigaOS for X68000, it might have become the Amiga clone. Because X68000 hadn’t multi-task microkernels such as exec.library and excellent GUI such as WorkBench. On the other hand, Amiga’s exec.library couldn’t access to sixteen-bit A Japanese character set.

For displaying Japanese characters on Amiga it is necessary to patch AmigaOS by “JKFFDisp” designed by famous Japanese Amiga programmer Olfa.

What do you think of the Amiga future?

In the post-Commodore era, pardon me if I’m wrong, Mr. Fleecy Moss said: “I am Amiga”. I think the door of the future continues to open as long as we love, program, and reconstruct Amiga.

Are there any Amiga happenings in Japan in 2019?

It seems like Mr. Michal from Amitopia come to Japan, isn’t it? I want to increase Tweets about Amiga and someday have a meet-up in Tokyo.

What are you personally favorite Amiga game?

My favorite game is AGONY by Psygnosis. Though AGONY is a shooting game, beautiful graphics are inspired by the natural world.

What do you think of Apollo Team approach with Vampire FPGA accelerator cards for Amiga?

I was so amazed by the Apollo Team. Their Vampire FPGA accelerator’s performance is over the Amiga4000. Vampires are really something else. I think Vampire has the possibility to become a brand-new platform beyond Classic Amiga such as Arduino, Raspberry Pi, and Pynq.

What can be done to improve the Amiga interest in Japan do you think?

It is necessary for improving the Amiga interest to install international multi-byte character sets include Japanese and TCP/IP stacks such as Roadshow to AmigaOS.

Japanese developers can monetize apps and games by Patreon.com and AmiStore. Further, the market for Amiga fans is larger than the Japanese retro computer market.

At the end. Anything you want to add to this interview?

Thanks to every Amiga fan. I could learn the art of survival of Amiga. I feel the relationship between humans and the world on there, I think it exactly means “Mono no aware” in Japanese.

Thank you for giving me valuable experience.

Communication made this Interview possible

Before I met Shinji, I tried to interview other Amiga users from Japan but I had to give up.

Communication in English wasn’t there. I knew that the language barriers would be a chase when trying to get someone from Japan to answer my questions about Amiga. I even tried to translate my questions to Japanese, but that didn’t work out.

Thanks a lot to Shinji which finally gave Amitopia Amiga Magazine clear answers. Now we know that Amiga never took off in Japan. But that there were TV shows which used them back in the day. There are also a few still using it. For the first time, I know that for displaying Japanese characters on Amiga it is possible to use the patch for AmigaOS by “JKFFDisp”.

And to the answer from Shinji where he asks me to come in 2019. I want to .. I really want to! … I really hope to meet and see the Japanese Amiga community very soon.

There isn’t much Japanese-related software to be found. But there’s something