Xtravaganza Apollo Team and Checkmate A1500 Plus Amiga September News

September Activity Report from Apollo Team, which is the awesome people behind Vampire 68080 accelerators for classic Amiga got some updates on GOLD updates and even Vampire V4 which Everyone is looking forward to.

People thinks that when something is announced in the Amiga Land. Then it will happen. But O’boy you haven’t followed the Amiga news then! Most of the people that do support Amiga also have full jobs, families and loved ones to take care of. So, be happy with what the Amiga community is doing. GOLD 2.x is progressing and GOLD 3.x is soon out. Fixing all the small details so that the FPGA upgrades goes smoothly for Vampire users is important.

As summer is ending soon, people are coming back from the sea to what really matters: Amiga love. After a general slowdown in team this summer, we are also back again at work and here are the news!

Summer is time for socialise in Europe. With autumn and winter approaching. Things is now starting to move again.

Apollo Team will be attending some events in next months and we are very excited to meet people there and discuss about Vampire:

They will bring nice surprises at those Amiga events. It’s nice to see that their activities is now getting increased. It means that development is going forward. Which is great. 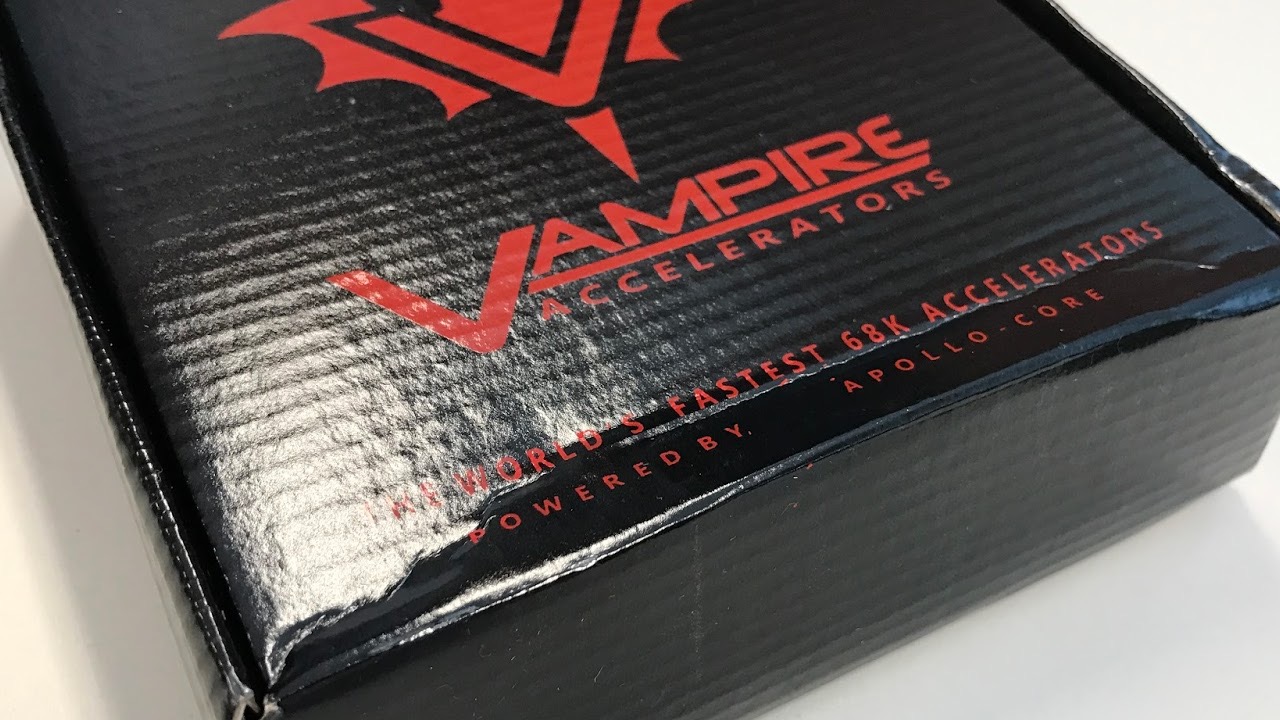 GOLD 2.x is still under Development

It is nice to reveal that GOLD 2.x for 68080 Amiga accelerator cards is still going to be developed further. Great move!

GOLD2.x development branch is still ongoing and we should soon release a new iteration of that core series with name of GOLD 2.11 (our marketing team took weeks to choose that incredible and over original name). GOLD 2.11 will introduce some very interesting feature like blitter improvement, which should fix lot of badly written games running on WHDLoad that where messing with IRQ a bit too much.

FPU has also been improved by a large margin: we were able to use bit of remaining FPGA space to extend precision of FPU up to 50Bit. This improvement fixes Elude RTG demos that were affected by the « date bug » reported on A1k. MacOS emulation was also affected by this (you could see it when running Warcraft 2, intro movie was a slideshow). Kiero helped us to address this issue and we thank him for that, thanks man!

We also introduced Out-of-Order execution on FPU instructions, which speeds up operation by another great margin when software takes advantage of it. For example, POVray likes it very much and calculation is now faster on 3D rendering scenes.

Team is also working on ICache Prefetch. This feature will also speed up lot of programs that can take advantage of it. This one is not trivial and need to be implemented conscientiously to not introduce unwanted behaviour. If it gets good enough, it will make its way in GOLD 2.11.

All in one, we are super excited about bringing GOLD 2.11 to all, it will make Vampire V2 even faster while improving compatibility with old games.

I am really excited about this progress. Especially for the FPU part. To run AmigaOS RTG stuff on any classic Amiga at even better speeds. Sounds really great for me. I have no idea what FPGA space to extend precision of FPU up to 50Bit means. But if it helps demoscene demos and other AmigaOS apps that uses FPU to run faster and better. I am happy about it.

GOLD 3.x with AGA for Everyone is around the corner

GOLD 3 branch development has also continued during this summer. Apollo Team went through quite a lot of games and fixed lot of them but it still requires some more development. The Apollo Team are thinking about releasing GOLD 3 as Alpha and open a webpage to report bugs to help speeding up development.

If this is what they think to do. Then it will be awesome and totally new for Amigans. The dream for many Amiga users is to be able to be part of development that can bring the platform further. Letting Amiga users being beta testers is a really good idea we think.

Bug reports for GOLD3 would require some rules to be followed to be considered. We understand this statement. Maybe a report page that requires more than 150 words to be written? In that way, the reports would for sure be more than just “It doesn’t work”.

In next days, Apollo Team plans to launch that webpage soon. It will be set up and more communication will flow accordingly. Stay tuned!  AGA for everyone is around the corner. It will give Amiga OCS users full AGA support. It will be great.

Vampire V4 is being actively tested and we are still in process of porting current core code from Cyclone III to Cyclone V. As Cyclone V FPGA cells responds very differently from the good old C3, we need to make sure that core behaves as expected on it on every case we throw at him. This process is long and very exhausting and is even involving people from Altera to make it happen.

Our friend Stephen Jones just launched a kickstarter campaign for his Checkmate A1500 Plus case, which is a perfect fit for a Vampirized Amiga. We fully support him and hope he will achieve full success on his campaign. If you haven’t yet baked it, it’s time to. Go get one here now.

Great to get explanation about the progress of Vampire V4. Development of FPGA takes time, but we are waiting and waiting to see what this product will bring. Amiga future depends on projects like this. More and more classic Amiga’s getting issues everyday. So, getting fresh blood to chew on for the Amiga Vampire is really nice to see. 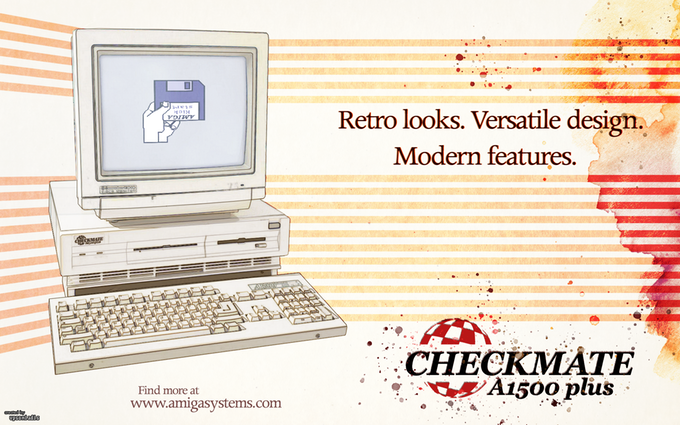 Stephen Jones launched a Kickstarter campaign. This new case named Checkmate A1500 Plus is designed as an homage to the beauty and power of the Amiga 3000 and has the optional keyboard garage like the original Amiga 1000. The modular design is capable of building a highly powerful, True Amiga, based on the Amiga 500, Amiga 600 and Amiga 1200 motherboards with all of the extras that are available for these amazing computer motherboards. And to see Apollo Team interested in supporting this gives Amiga future huge positive hopes!

May Vampire, Checkmate and Amiga community battle for giving Amiga a nice future.