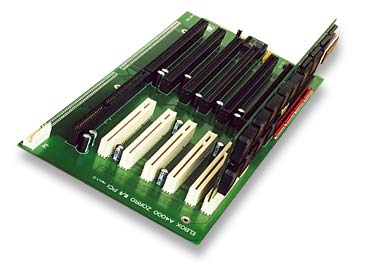 In this article we have introduced you to the fourth PowerPC option for Amiga for users with MediatorPCI upgrade from Elbox.

First is the phase 5 cards, then it’s the AmigaOne series, Pegasos PowerPC series and Sonnet PowerPC support which is unofficial. The creator of this library is making nice progress and now his news even hit the media outside of the Amigaworld like HotHardware.

The SonnetAmiga project by Dennis Boon, makes it possible to use PowerPC-based PCI cards as accelerator board for WarpOS programs in the Amiga. You need to get yourself a MediatorPCI expansion. So, this is only a bigbox Amiga solution.

Including the Sonnet Crescendo 7200 included, already five PCI cards are supported with PowerPC.library

At HotHardware site they write about Quake possibilities with this PowerPC PCI Support for AmigaOS. This option gives access to the PowerPC thru WarpOS. It is still in beta. However, it is nice of media outside of the Amigaworld to notice that Amiga’s can play Quake. But! The true fact is that todays nextgen Amiga home computers is capable of playing Quake too.

Also every classic Amiga that is equipped with CyberstormPPC or BlizzardPPC cards is also capable of playing Quake. 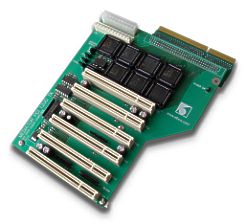 In our article about the Sonnet cards, we concluded that the price for one can be a bit high. But one PowerPC PCI solution does actually sticks out.

The name of it is the BigFoot Killer INC card. This PCI PowerPC  one can boost your Amiga experience with MediatorPCI installed for only 30 Euros. It should be the cheapest PowerPC extension for the Amiga, which amiganews.de reports here.

The BigFoot Killer INC is actually not a CPU card itself, but it is sold as a network card.  It does however include a PowerPC processor.  It uses MPC8343E and it is said that Quake runs twice as fast as on a CyberStorm PPC.

So. If you do have a MediatorPCI card expansion upgrade from Elbox installed. You can get this card or any other PowerPC card that is reported to work with PowerPC.library !

The new Vampire 68080 accelerator cards for classic Amiga is also able to play Quake. In fact 68080 is now capable of running Quake at 32FPS in lowest screenmode. This will improve as the Apollo Team improves the speed of the FPGA.

Ragnarok is not officially supported but amiganews is reporting in their news item that the SonnetAmiga-Wiki says  it already is running smoothly. Note that of each of the cards there are different versions and it is not clear if all of them work.

Lists of compatible software can be found in the Wiki. Here is those that does work

It’s really great seeing PowerPC support for AmigaOS is getting improved. For MediatorPCI owners, get the latest libs.

2018-08-15
Previous Post: New version of ffmpeg Video and Audio converter out for AmigaOS4
Next Post: A-EON with Info about AmigaOne Development and Hyperion Entertainment Issues