Uninstall Windows 10 or Mac OS High Sierra on your x86!

Now, Icaros Desktop 2.2.3 is out and there is no excuse anymore. AmigaOS is on x86 since ages and AROS development is thriving forward! and the most important notice for anyone out there. AROS is open source AmigaOS! So, anyone can develop this AmigaOS fork further. Icaros Desktop 2.2.3, is one of the AROS open source projects that have survived completely and which is getting updates now and then all the time. AROS lives on! Thanks to all of the brilliant Icaros Desktop coders and helpers out there. 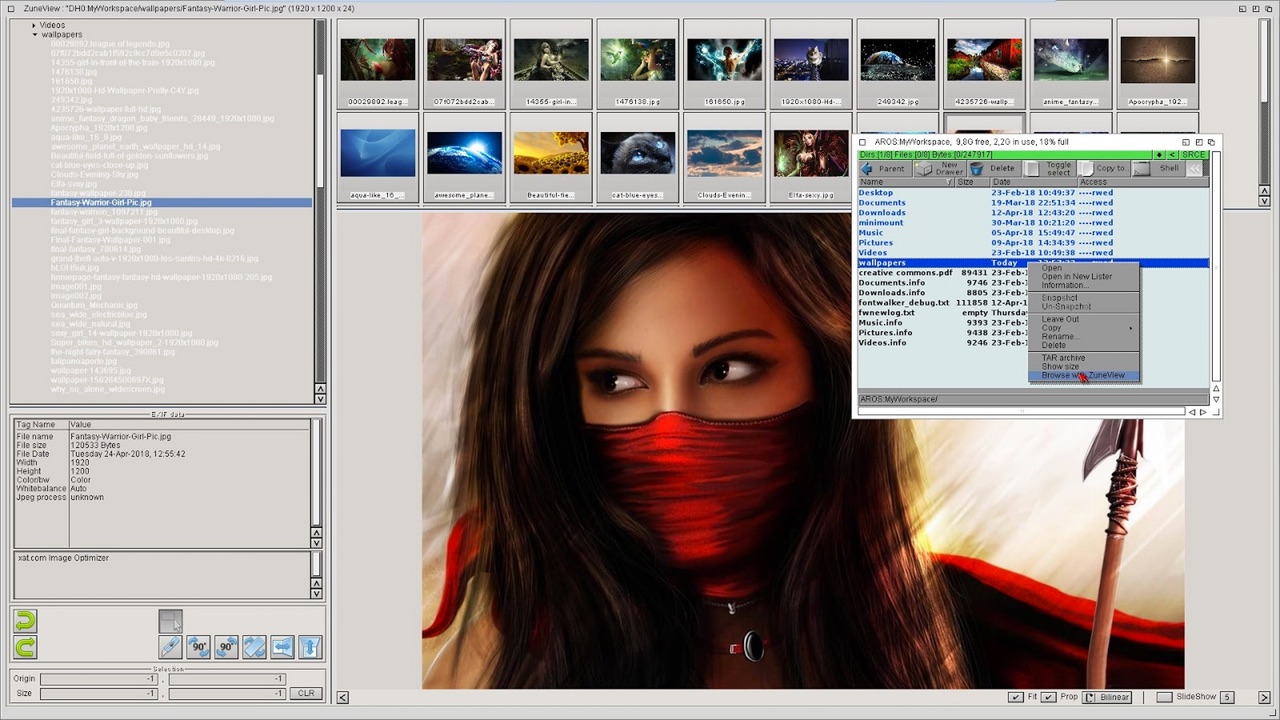 A new update to Icaros Desktop is now available to patron supporters now. It’s here because people want it to move on thanks to the donators. Great work!

This Icaros Desktop 2.2.3 release includes many updates to 3rd party applications that comes with AROS and also adds new picture datatypes (mostly vector and old-age bitmap formats), which were missing in AROS since the dawn of time. The Icaros Desktop development team have fixed many bugs in hosted mode and polished the distribution here and there.

As usual, the updated Icaros Desktop version will be available to patrons only for a while, then it will be publicly released. Support Icaros Desktop by entering their patreon site here.

New Features and Fixes since the last Icaros Desktop Release

Nice to see AROS development getting some Needed Push Finally

Great to see AmiCloud, YAM, AmiCast Player and AHI updates and fixes. The coolest thing about Icaros Desktop in our opinion is the possibility to run Dopus Magellan 5.82 as Workbench replacement. AROS feels and acts like AmigaOS. It doesn’t support playing AmigaOS games natively, but it can by using UAE. There are several AmigaOS developers that also support AROS. One of them is the MUIMapparium developer, which makes an excellent Open Street Map viewer for all sorts of AmigaOS, and AROS!

2018-08-09
Previous Post: Hyperion Entertainment is Back in Business in Belgium, Europe
Next Post: 4 Player Adapter for Classic Amiga with 2 extra DB9 Connectors