Here I am back to write about my Amiga 1300 which is a unique Amiga machine. A new Amiga clone that was born in 1997. Micronik got the license from Amiga International and so they used it to make nice Amiga 1200 bundles that they renamed. The Amiga 1300 is a great machine, but let’s leave the details for later. It was bought by me back in 1998 from Informatica Molins which was an Amiga retailer near Barcelona city, where I was born. A great machine full equipped to make the AGA dream come true. 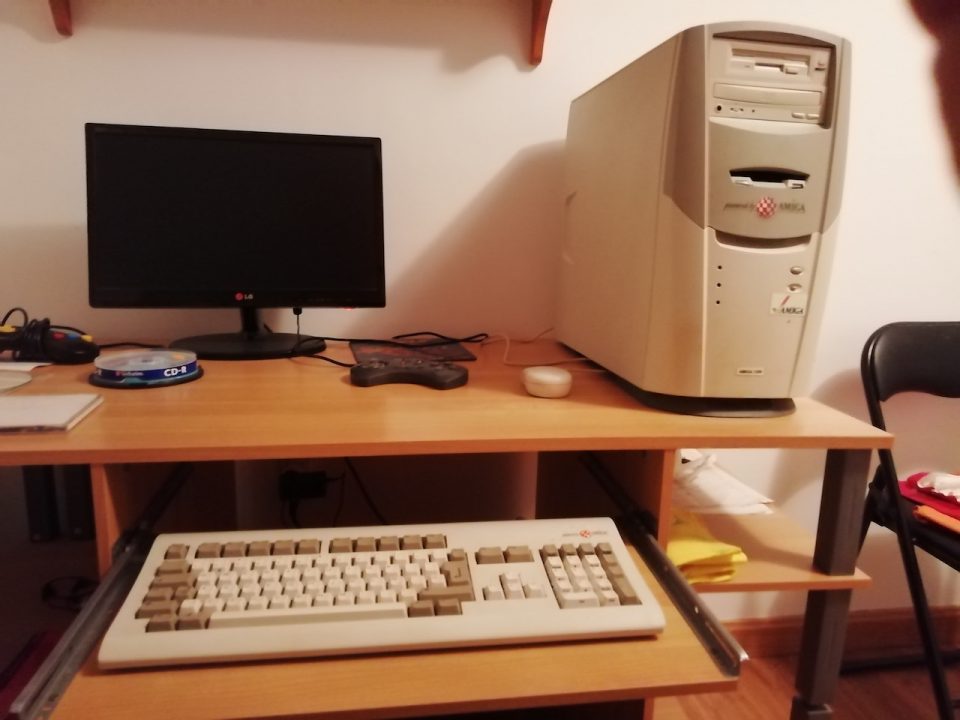 Amiga 1300 from Micronik had nice specs

My Amiga 1300 came with a Samsung 4.3GB HD, and a Samsung 32x CD-ROM drive. How do you see? Is fantastic!!! However, back in June 1998, I burned the Power plastic case or pins and I had to returned the Amiga 1300 to Informatica Molins on the day after the purchase to fix me. And in one day they fixed me the Power thing that it was on the back of the tower.

These are the most significant Hardware details when it was bought by me in 1998. My Amiga 1300 setup also came with a Blizzard 68030 at 50MHz that was all wrapped into a beautiful Infinitiv Tower case. I bought the machine for games and probably other things such as text editing and other productivity matters. But I ended playing games and trying to make use of the RAM it came with as it was 32MB of RAM memory that came with it. Fantastic.

The Amiga 1300 machine that I bought in 1998 and since then after trying to fix some plastics parts and also the CD-Rom drive it was sent to Amiga Super Bit in 2005 and then back again in 2014 and finally on 2015 till now fixed again. So it has 4 years with me since the mentioned the returning year 2015.

I wasn’t at home in May 2014, when I received the notification by my parents that a new box had arrived on the last past week on a visit of them. And it was a package that was sent from AmigaStore.eu! With happiness and joy, I received and tested my fixed Amiga 1300 in my hometown Guecho before bringing it to Boñar (León) that is where I am located and enjoyed staying for the last 4 years.

I also have to include that my fixed Amiga 1300 came with a Compact Flash HD in 2014 from them. I couldn’t believe that the nice people at AmigaStore.eu replaced my old motherboard with a new one with a fantastic collection of games and demos. All done by AmigaStore.eu in 2015. Great service!!!

To be honest the Amiga 1300 by Mikronik has now a different appearance because the tower case is simply different from the original Mikronik one. A metallic one is now the novelty instead of the previous and original plastic one that it was colored white. And it has 3 labels: One Powered by Amiga the most prominent, Amiga 1300 and Amiga I think.

Including having a 4GB CF HD they also added a DVD-Rom DVD reader. I think it still has the Blizzard 030 on it. Which is great. 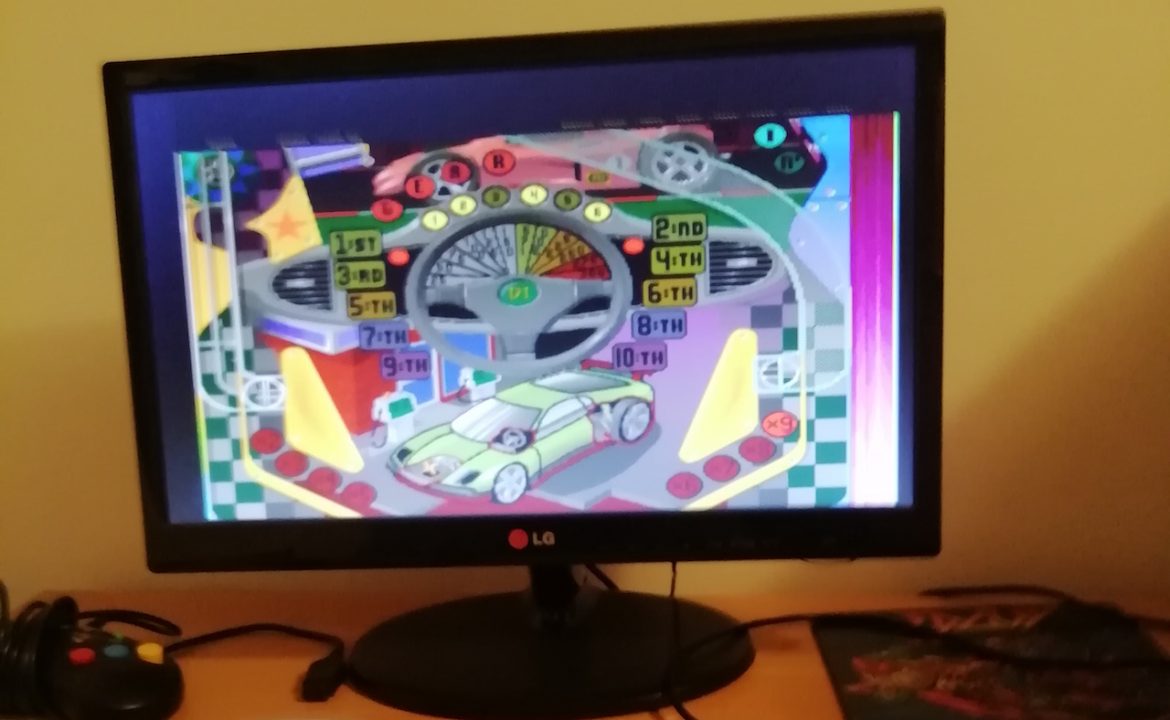 You must be asking for what I am using this machine for? Why Amiga 1300 in 2019? Well, I use it for playing basic games, watch Amiga scene demos and run various emulators on it.

What sort of games do I play? I play games such as  Banshee AGA, Dreamweb AGA, Detroit, Death Mask, Golden Axe, Damage, Fightin Spirit AGA, Out Run or even AGA glory games such as Payback, Wet The Sexy Empire or Zombie Massacre. There are lots and lots of games inside this Magnifique machine. Around 1000 games AGA Demos and ECS probably too. But there is a problem from which a vast number of the demos doesn’t work because they must be for Amiga 68060 systems.

Emulating other systems is fun on my Amiga 1300

Including playing lots of nice games as mentioned above. I also emulate lots of systems on my Amiga 1300. Many emulators work well on my 68030 system except MSX and NES that doesn’t work so well. But for emulating systems such as SEGA Master System, SEGA Game Gear, Spectrum and even Commodore 64 with such emulators as ZXAM Spectrum, Magic64, and AmiMasterGear is a great experience for me.

These are all Great emulators for AmigaOS that you find on Aminet etc. The only drawback maybe is to play Spy Hunter on Magic 64 with 1/3 framerate at 64% of speed. Maybe a 68060 would give me better framerate? 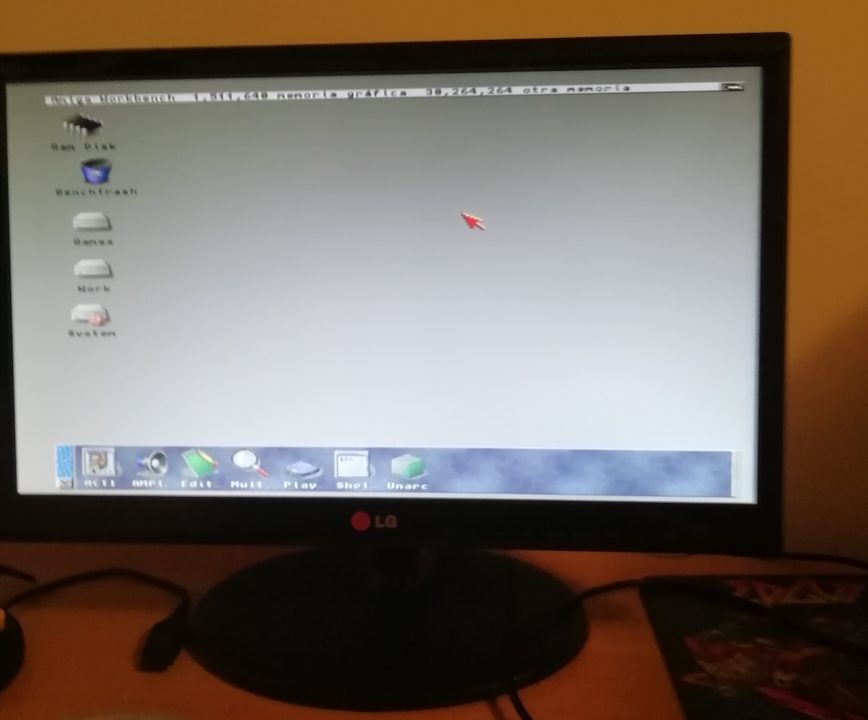 I am happy with my Amiga 1300 even Today

The Amiga 1300 is a great Amiga clone and I can say it is a marvelous Amiga. This Amiga mixes OCS with AGA usage. It has awesome emulators and Utilities too that I use daily.

I want to appoint too that when I was about to buy it I thought to buy a PPC accelerator but my mother and I couldn’t afford it. It was 168000 pts about 1010 euros which were Too expensive for my mother. With the PPC accelerator, the Amiga 1300 would have cost more than 1200 Euros.

So if you want a new unique and special Amiga that is close to the Amiga 1200 go and buy it!!! You will not regret…Because Amiga is forever and is the best machine potentially and on a daily basis use for me.