Pipe Mania for Amiga is a timeless gem! Check out our Review 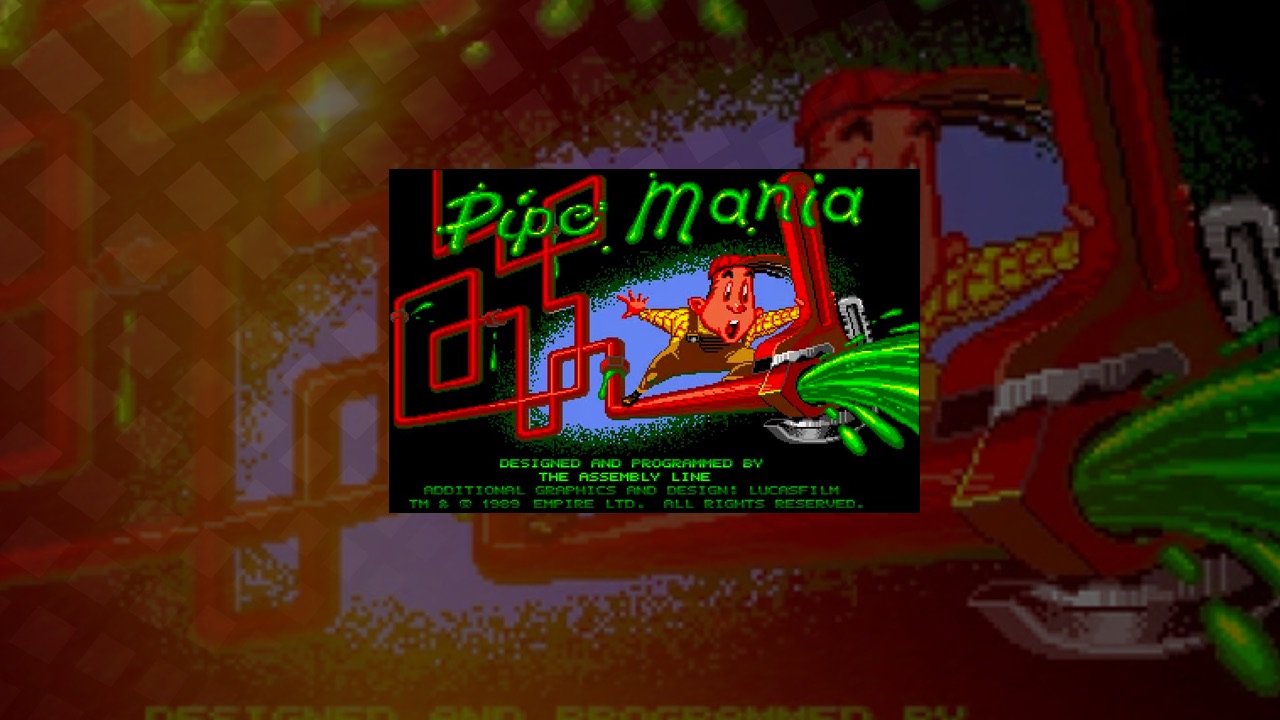 Let Amitopia turn the time wheel back-in-time for you and bring you back to the fantastic year of 1989.

So, then The Assembly Line (developer) and Empire Interactive (publisher) decided to give out Pipe Mania for Amiga. This version also works perfectly on any high-end Amiga with whdload installed. Let’s roll on!…

Introduction to Pipe Mania for Amiga

This is a puzzle mind game for Amiga, where the object is to build pipes from bricks that the game chooses for you. You must build them fast, because once the timer has reached 0 fluid starts to leak and you need to think fast.

The objective in Pipe Mania is to build as much as you can, but also tend to actually make you think creatively. Creating such a game in 1989 was genius and also the Amiga version got a really nice and very fun multiplayer mode. You can also adjust the settings if you want to use Joystick, Keyboard, or Mouse.

Pipe Mania game shouldn’t be forgotten! This is a really great puzzle game that is not just fun, but it pulls the creativity in your mind to levels you wouldn’t believe exists. This is really a game for schools worldwide because it introduces easy but constructive thinking in all ages and that will benefit you for a long time ahead. I can tell that if you played this game once a week, your mind would be such a creative mind in the end. Because this game demands that you are creative from the very beginning and it also teaches you to think faster. Great!

Graphics are still keeping it up today

The graphics in Pipe Mania are simple, but very well done for the time when it was released in 1989.

The Amiga version got some very nice touches and uses all of the space on the screen. There are variations from each level, but also the interesting bonus levels use Amiga’s colors mixing pretty nice I must say. However, some of the levels might feel a bit too colorful, but that’s the end of the 1980 era thingy maybe? Strong colors were that era’s iconic thing and Pipe Mania for Amiga preserved that in a good way I think.

Beside the excellent graphics style in the game, it also had some quite interesting sound and music that deserves to be mentioned. The Pipe Mania intro music is awesome, with the game switching from music to sound effects for each level.

The atmosphere while playing the game is still one of its best sides. It is like this game never gets old. Pipe Mania is well made and the sound effects during play are really fitting the atmosphere of the game. Once the timer got down to 0, the water fluid music starts. Then when the fluid starts to flow faster and faster, so does the music.

Many of todays game developers should look to this game. How can a simple game be so fun and .. yes addictive !!! You will get hooked to it if you enjoy puzzle mind action that it offers.

Excellent Playability with Only one button action

From the very first start, it’s really fun to play Pipe Mania for Amiga with only one button action on all control options. The movement and change are also quite solid and that also includes the two-player game. You can also choose to use a mouse or keyboard. Pipe Mania is fun and I would gladly put it into the Amiga Party page of Amitopia as it is such an awesome social multiplayer game that deserves all the love it can get.

Maybe some of the developers of Pipe Mania for Amiga reads this? Maybe you could release this game on Aminet for free download? I really recommend Pipe Mania for any type of mood you might be in. This game is fun and also shows how good Amiga was back in 1989.