Here are some interesting questions and answers with jojo073 aka José by Hugo from the Vamped Amiga group on Telegram. Get to know why he loves Deluxe Paint (paint progam made by Electronic Arts for the Amiga that managed to put the Amiga to New sales records at the end of the 1980s!), what he thinks about the Amiga future and what sort of Commodore Amiga or nextgen Amiga machines that he loves.

If you like this kind of content, please consider donating because of the amount of work been put into this. Support Amitopia Amiga Magazine Here

Let’s do the Fast Interview with jojo073 aka José

Hi José, can you introduce yourself?

José: Hi, my name is José A. Although maybe I know myself more by my nick, jojo073.

I have the hobby of Commodore Amiga. I like to draw and paint. I spend my spare time drawing, pixel art, drawings, watercolor.

How long have you been using the Amiga?

José: Well I think I started using the Amiga in the house of a classmate at the end of the 80s. At the beginning of the 90s I bought a Commodore Amiga 500 second hand, by then you already had several discs of drawings made with deluxe paint

Previously I had a Spectrum +2, my father bought it in 86, with this computer I also made many drawings. I used the Art Studio program. 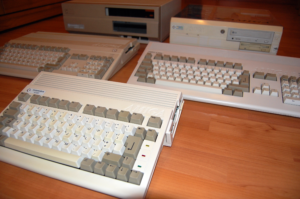 What is your current configuration? 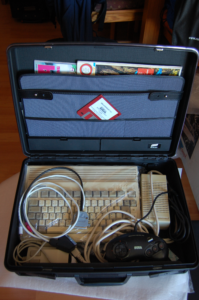 But I usually use two models in particular. At home I have my A1200 on the desktop with 030 and 32 megabytes of ram. Use is also configured in the winuae emulator.

For when I go to a party or meeting I use an A600 that I carry in a suitcase, with the mouse and the power supply. I have this A600 with a hard disk CF and I have it expanded with an accelerator 020 and 8MB ram I usually use mouse model 1200 and 600 with ball system to do the drawings.

With these two hardware configurations and a 3.1 system, the programs I use are going well… Deluxe Paint, Audicity, Personal Paint, Backbone and some more. 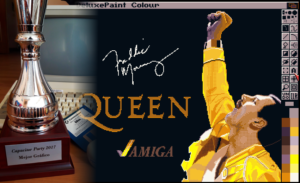 What are your favorite activities in Amiga?

José: Well as you can deduce from my previous words is to draw and animate. Although I do not have much time for animation.

Also, participate in making games and multimedia demos. I have received an acceptable amount of prizes for my work with the Amiga.

As a famous designer, do you think that the Amiga with Vampire will remains a competitive machine in the field of graphics?

José: It is a complicated question, on the one hand, there is reality and on the other, there are the feelings … All the fans of the Amiga preferred that the home computer should have taken the path of the Amiga, but due to misfortunes it was not like that commodore self-destructed and today there is no company that can take the reins of the brand and put it in a good place. 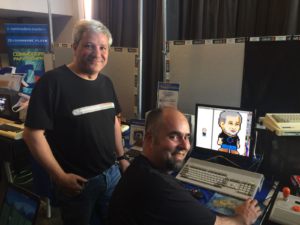 The Vampire is a great accelerator for the Amiga, I followed the project from the beginning, I liked the idea of speeding up the Amiga and not having problems to make processes with the Amiga that were sometimes tedious or that were simply unthinkable without spending a lot of money of money.

If I had had money when version 2 came out, I bought it but I did not have money to spend on these things and the thing has not improved over time, prices rise more and more.

In the end, save some money and buy an accelerator Fury for my A600, is the computer I use to draw when I go to a party, and to use Deluxe Paint V, with a 68020 processor and 8MB of RAM is enough. I wanted to buy a vampire, but prices have skyrocketed … I do not rule it out for a future, but right now I can not afford it.

For me the V 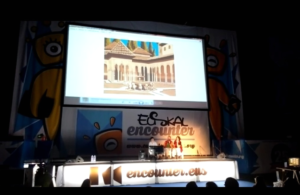 ampire allows you to take the Amiga to an optimal level, and at the same time you do not have to spend so much money… is it the future of the Amiga? It seems to me that yes, if we do not want to make the Amiga a current machine. I want to say that we continue to use the Amiga as a retro leisure machine, because no matter how many vampires you put on it, you will not be able to compete in performance with work stations.

The Amiga for the retro multimedia creation works great, it has utilities and a solid base of developers who make many creations. As I said the only downside that I see the vampire is the price, but looking at it from my point of view, that seeing it from the point of view of someone who buys an A4000 puts many cards and accelerators to buy a Vampire is very economical. Only time will tell if the tools take advantage of this accelerator. 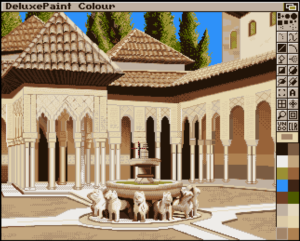 What is your opinion on AmigaOne X5000?

José: I do not want people to think that I do not like to support the new generation of Amiga, but for me it does not make much sense.

This hobby is driven by nostalgia, we like to mess with the operating system of Amiga, with its programs and utilities, if it looks like a PC, it stops being Amiga… although the programs start automatically from an integrated emulator. I do not see the Amiga as a machine for everyday use to browse or watch movies, I see it more like a machine dedicated to the multimedia hobby of creation, for the creation of retro cult works. I see well that the machines accelerate to improve their performance but only to improve their goal, not to change it.

Another issue would be to create a new Amiga to give it a more advanced use, new system with the integrated retro system, but the most important thing for the new generation Amiga is to give tools so that the creators of Amiga classic feel comfortable creating with these machines, that would be fundamental, to have the creators to create a base of creators that endow these machines with software, to close multimedia demos, graphics, animation, games, etc… only from this base the amateurs to the Amiga would be attracted to these new platforms.

It does not make sense to spend 3000 euros on a machine lacking in software simply because it puts the Amiga logo on its casing.

A competitive Amiga would be maximum 500 euros and of course come with your operating system and a suit to create music, graphics, demos and games. Only so the Amiga as machine evulucionada beyond the 68000 would be successful among fans of this world.

Finally, do you have something to say to our readers?

José: I wanted to tell them to be encouraged to create things for the Amiga because it gives many possibilities and there are always people willing to help you in your hobby.

Feel free to add any information you find relevant. 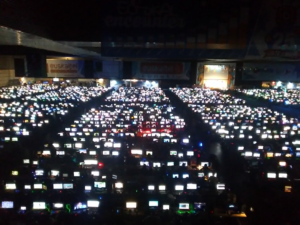 José: Well just comment that if you like my pixel art you can see how I draw them live on my YouTube channel, subscribe and so I will warn you so you can see it live, there is chat for questions.

I also have the website where I upload my projects, games, pixel art, awards, etc. There is a lot of information and I’m uploading more slowly. There you can download some of the games I’ve collaborated with … The website is in Spanish but you can use Google translate to read it in your own language.

Greetings to all and thanks to all… see you at the party’s, haha