Golden Axe for Amiga is One of The BEST Conversions

Hello my name is Javi and I am writing my first review for this sacred site of the Amiga game Golden Axe while I listen to DoomSword’s album “My Name Will Live On” for take inspiration of Dark Heavy/Doom Metal that matches
with epic themed Amiga conversion of Golden Axe. 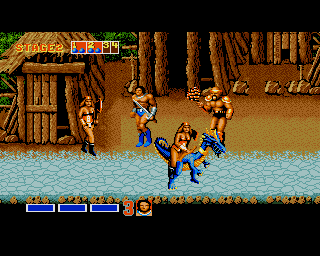 Well it all started back in 1991 on a family visit to La Peña, Bilbao, Spain when I was well acompanied with my cousin Raul and Angel Luis too that was not probably there on a typical 80s/90s Arcade Saloon of Spain. I remember well how Raul and I never inserted on this Arcade Saloon any quarter or coin but I was amazed by the variety and quality of the Arcades on there so I suggested maybe to play a game on some of these,specially not to mention Golden Axe.To be true when I saw the graphics and the sound atmosphere of the SEGA’s Arcade machine. 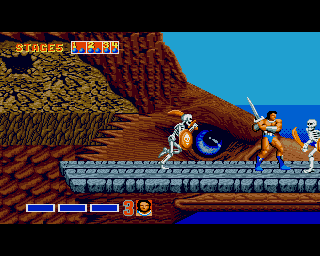 I was really amazed and instantly thinked about getting played soon an Arcade conversion for the Amiga.I remember well and vividly the scene of some level of the yellow huts on probably one of the middle levels that as I say we can continue to review and even compare with the Amiga version later.

There were probably other Arcades like Super Hang-On, Bubble Bobble or ThunderBlade or AfterBurner but I don’t remember well. All I can say is that it was still the Golden era of the Arcade Machines and the Amiga and when you went to see those spectacular Arcade Machines like Out Run or Turbo Out Run you have the joy on your eyes and at the departure of a coin to the Arcade coin slot. The golden era of Arcade Machines and Amiga that went on par on and interesting and unrivaled travel.

My meeting with the Amiga version of Golden Axe

OK. Let’s start with the game and the Amiga version. The game was developed by Dementia and published by British winners Virgin. I think and I can say that even this is a video-game developed for amiga in this place, I ever imagined ones of my favorite Metal bands playing this game and achieving great hi-scores. 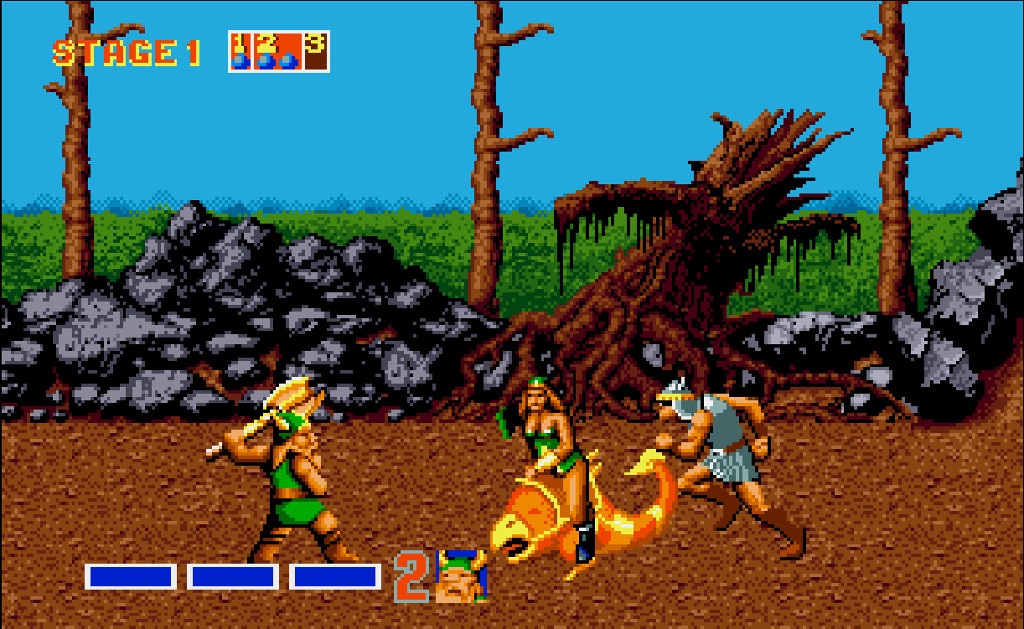 They could be Manowar, Doomsword or even Candlemass, but this game expires lots of Heavy Metal for me. Warriors, Amazons, Dwarfs, Dragons (DIO?) and Giants all expire all Heavy Metal: Well that said and achieved

Each level has its own graphics,backgrounds and of course enemies,armed evil enemies.On level first level you will find in battle arm to arm with evil Giants that will cross to mislead you with his hammers pounding haha.Yeah that’s bloodshet everywhere.

The epic atmosphere relates only to the land of Yuria where Death Adder has pounded his weapon of doom to scare a lost generation of warriors. A well traced story that fits perfectly with the game ambience or atmosphere. Well done Virgin and Dementia. And of course well done Amiga! 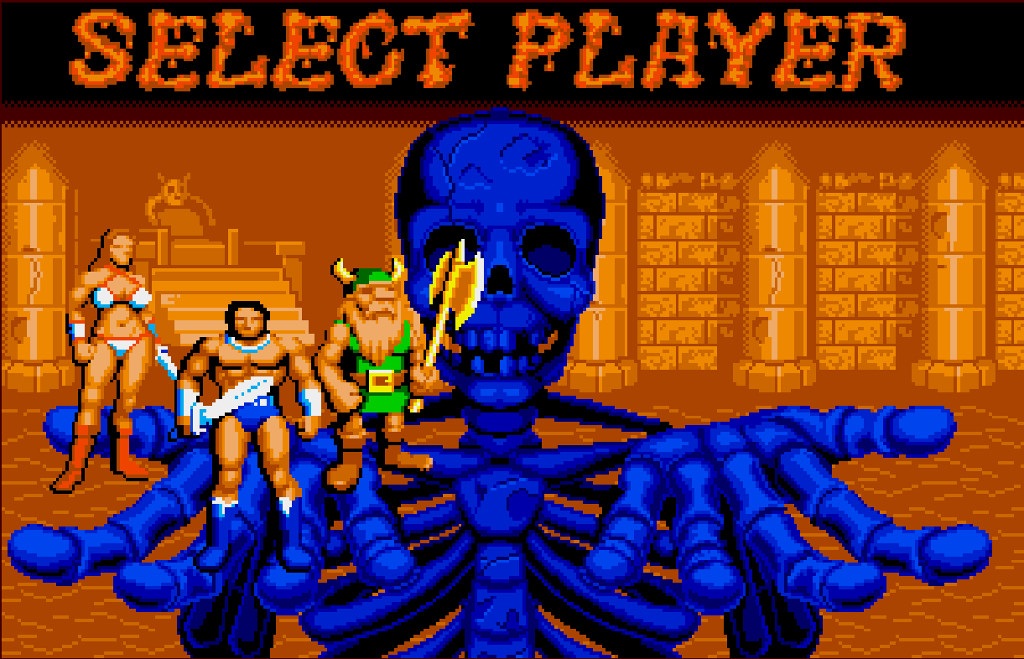 The Cast of Characters in Golden Axe

The Arcade action is intense inmense. The characters plays a vital role on the game. For example AX BATTLER bears a sword like TYRYS FLARE and GILLIUS THUNTHERHEAD is well equiped with his axe. The plot is so simple: DEATH ADDER has doomed Yuria and the three characters must save Yuria from doom. That’s the story. But let’s take by the game itself Good luck winners!!!

Easier difficulty that on the Arcade version

The game complishes of 6 levels. The enemies are well guarded in order to make your mission as difficult as ever can be.But the level of difficulty is less than on the Arcade version. You will find doom fighters that bears his own arms like ball of spikes and others. You can encounter amazons,warriors and even skeletons.

At some point of the game you will encounter dragon that let’s you breathe something. Blue dragons that will breathe fire to the floor of doom and reds that will let you spit a ball of fire in order to hit your enemies in good mood. 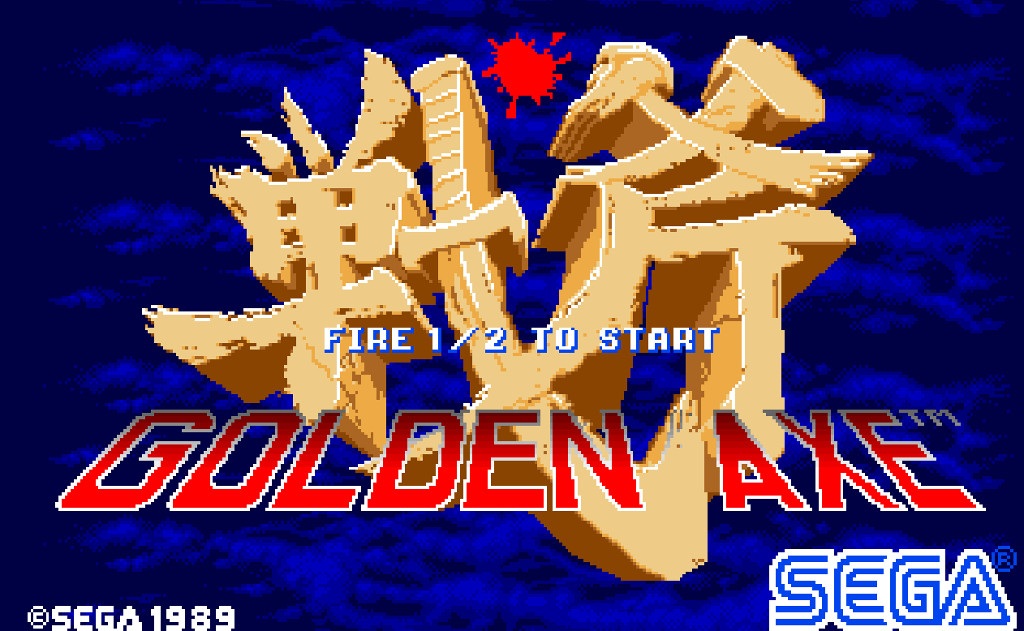 Along and specially at the end of the level you will find 2 type of gnomes that bears some bags with special weapon upgrades. The blue ones will give you magic is you hit them and if you hit at the border of the “rest” screen you will upgrade infinitely with magic and then at some levels some green gnomes will give you some meat or chicken upgrades that is does no other thing than relevel or restore your health sanity.

With this in mind you must do your best to reach DEATH=ADDER castle and then unleash the King and Queen of Yuria to its native land to achieve a great hi score. 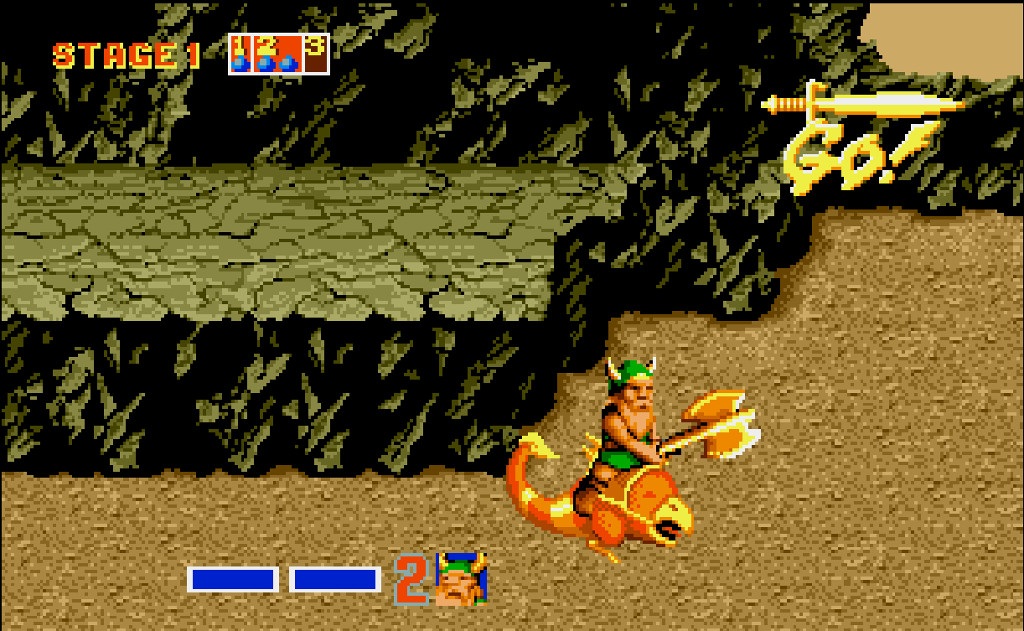 Presentation of Golden Axe on Amiga is Perfect

OK That must be the end. Great game great graphics. Great animation and a real challenge for any Arcade maniac out there. Golden Axe is a perfectly developed and programmed game. You will soon end up but you will surely want to play again and again. Because its graphics animation and sound and music rules the universe of gaming specifically Amiga gaming.

If you don’t have it play on your friends house or then buy it on ebay. It’s a real gem and again a game that last forever. Take your beer drink it up, light a cigar and scream: GOLDEN AXE!!! LONG LIVE AMIGA !!! DEATH TO DEATH ADDER!!!

Golden Axe is A must have. Awesome game. You won’t regret. GOLDEN AXE RULESSSSS!!!!