Before Amiga CDTV was released by Commodore and Before Amiga A570 drive was released as a CDTV solution for Amiga 500. Something was going on in Japan. It wasn’t easy finding all of the details about this Sanyo CD-X Amiga Clone, but we dug deep. So deep that we finally managed to create an article. 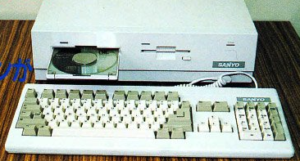 echnology with supercomputers and makes CD-ROMs Research Institute. The Sanyo CD-X was made as a machine that can play the CD-ROM made here at a low price, and was developed to be used for department store presentation, for example. Mainly Nakamura, and SANYO cooperated in the production of this prototype clone of the Commodore Amiga 500 with CD-ROM in 1989.

This information has been circulating on Twitter for some time now.

Apparently, this machine was the predecessor of the Commodore Amiga CDTV (Commodore Dynamic Total Vision), which at the time (1991) rivaled the Philips CD-i, Pioneer LaserActive, and Tandy Video Information System.
We tried to get more information about this machine, but we did not succeed.

It’s curious that personalities like sir David Pleasance, sir Dave Haynie or sir Jeff Porter are unaware of this prototype. But we managed to dig out some important information. 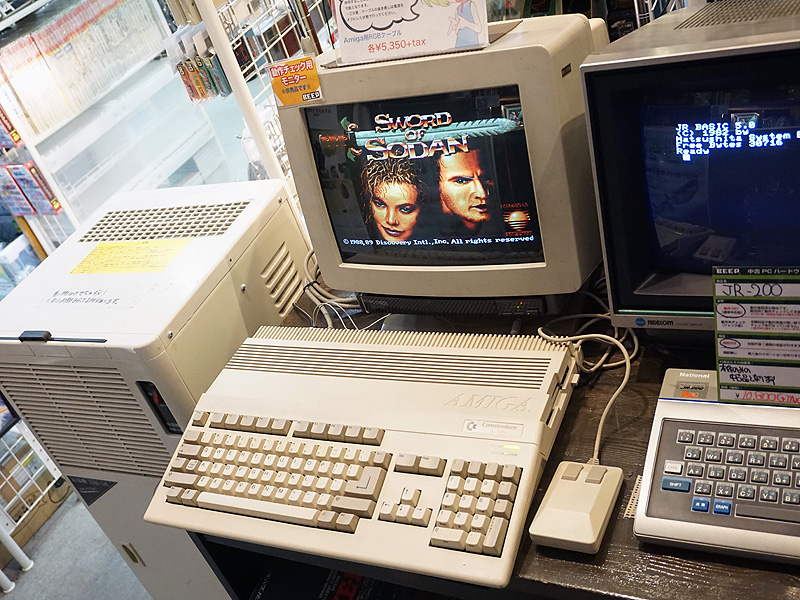 Almost no one knows about what Amiga is in Japan

As we know, the Amiga situation in Japan was really not active even during the Commodore years. The only smaller link that the machine had was when 3DO got released as computer magazines in Japan actually mentioned Amiga at that time. Today it is even harder to find any Amiga information in Japan. However, in the Akihabara part of Tokyo, there was one Amiga 500 on display.

Like many others without a bigger clue. Amiga was always a 32-bit machine because AmigaOS always been a 32-bit operating system.

For example, the original Motorola 68000 had a 16-bit data ALU and a 16-bit external data bus, but had 32-bit registers and a 32-bit based instruction set. Such designs were sometimes referred to as “16/32-bit”. -Wikipedia

AmigaOS always used the 32-bit part. Thus you can always say that Amiga was a 32-bit machine. Yes even Amiga 1000, Amiga 2000, and Amiga 500 too, even though that they used Original Chip Set by Commodore. If a game or app is coded after AmigaOS standards. You can run the same app or game from AmigaOS on 68000 as on 68060 or on 68080 FPGA accelerated Amiga setups.

If you have more information about this prototype, please leave it in the comments.